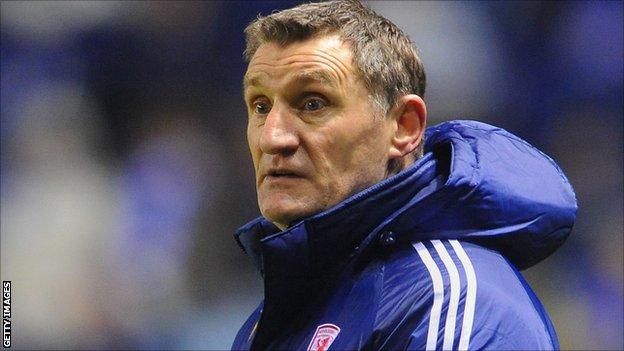 The Teessiders fielded an entirely different starting 11 to to book a place in round four of the trophy.

"Half of the team that played on Friday wouldn't have been fit, we've picked up a few knocks," Mowbray told BBC Tees.

"There were only three or four players that were actually rested tonight."

Mowbray handed a first start of the season to defender Stuart Parnaby, while Swiss goalkeeper Jayson Leutwiler made his debut following his August move to the Riverside.

"Some of the players [to miss out] have been coming back from injury, and that's a call you make as a manager," Mowbray said.

"Do you either get a sluggish performance and a bit heavy-legged, or do you put some players in who are champing at the bit in training to show they want to start the chance to go out and play?

"The players listened to the way we wanted to play. We set up a bit differently to cause them some problem and they were reasonably disciplined.

"We could have scored some more goals but I'm pleased with them all."