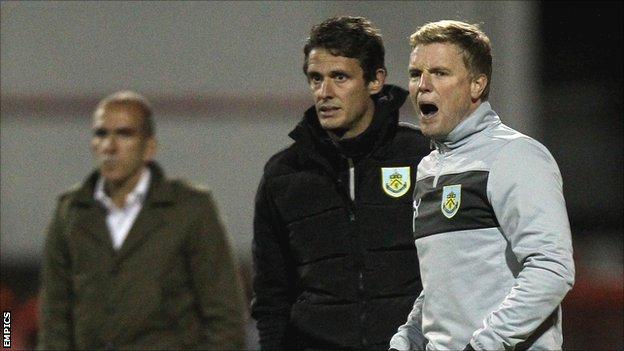 Burnley manager Eddie Howe described his side's exit from the Capital One Cup at the hands of League One outfit Swindon Town as a "forgettable" night.

The Clarets fell to a on Tuesday.

And Howe told BBC Radio Lancashire that he was particularly unhappy with the concession of three soft goals.

"The goals we conceded were poor ones - two set-plays and a giveaway just outside our box," said the Burnley boss. "It was hugely disappointing."

Trailing 2-0 at half time, Burnley were given some hope of a comeback by who netted his 10th goal of the season to halve the deficit.

But it was Paolo Di Canio's team who sealed progression to the last 16 with a late header from Troy Archibald-Henville.

"We started well and had a number of chances up until they scored," added Howe. "Goals change games and we rocked a little bit.

"We conceded a poor second goal. From there, it was pretty forgettable really."