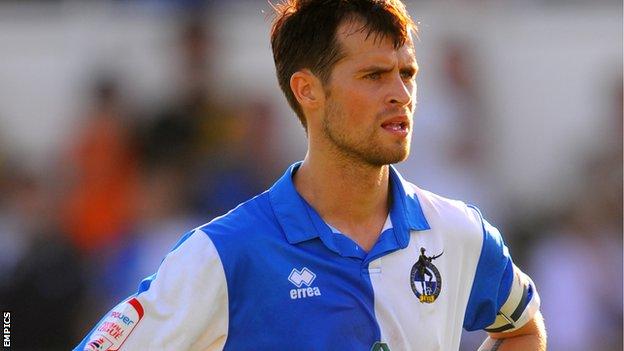 After signing the 27-year-old former Cardiff City and Bristol Rovers stopper was playing only his second game.

But, after being handed an automatic three-match suspension following his sending-off at Edgar Street, the Bulls have opted to cancel his contract.

Anthony's departure will free up their options to bring in a loan replacement.

The relegated Bulls were unbeaten in their first four games in the Blue Square Bet Premier, picking up 10 points.

But Tuesday night's 2-1 home derby defeat by Forest Green means that Martin Foyle's men have now won just twice in their last seven games to slip to 11th in the table.