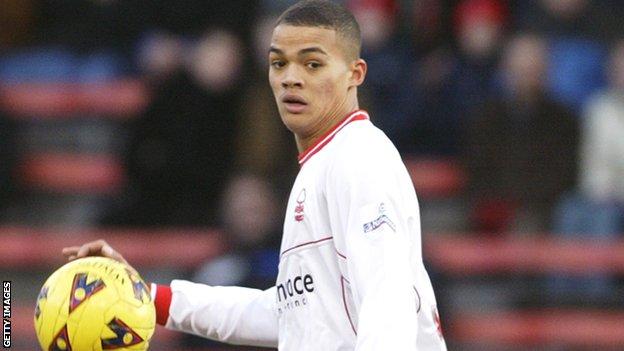 Nottingham Forest have completed the deal to re-sign midfielder Jermaine Jenas on a month-long emergency loan deal from Tottenham Hotspur.

"It's fantastic that he has chosen to return home when he had options to move elsewhere on loan."

The Forest youth-team product has been plagued by injuries in recent seasons and has only made one substitute appearance this term - a 13-minute run out against West Brom.

Jenas, who has played 21 games for England and was named in the 2006 World Cup squad, joined Spurs in August 2005 and played 204 appearances, scoring 26 goals.

But a succession of injuries saw his chances limited in the last couple of seasons and he last completed a full 90 minutes in April 2011.

Jenas moved to Aston Villa on a season-long loan in August 2011 but that was cut short by an Achilles injury which ruled him out for six months.

Forest boss Sean O'Driscoll told BBC Radio Nottingham on Wednesday that he had "not had any contact with Tottenham".

O'Driscoll added: "We are aware that Jermaine is available because of the noises coming out of Tottenham and I think he has been available for quite some time.

"It is a case of 'will he improve the squad?' If he is fit, and he plays anything like he can play, then he probably would."