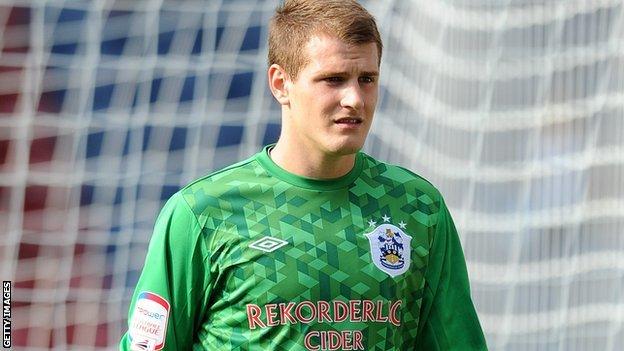 The 22-year-old's deal now runs to 2015 with the club having the option to extend it for an extra year.

He scored what proved to be the crucial spot-kick in Town's League One play-off final penalty shoot-out win over Sheffield United.

"The kid has got a lot of talent and he's still young," goalkeeping coach Paul Crichton told BBC Radio Leeds.

"He's working very hard at the moment and he's playing well so he's earning his place in the team.

"Alex has coped very well with the step up to the Championship and he'll be working to make sure that his standards don't drop."

Smithies has made 119 league appearances for the Terriers since making his debut as a 17-year-old.