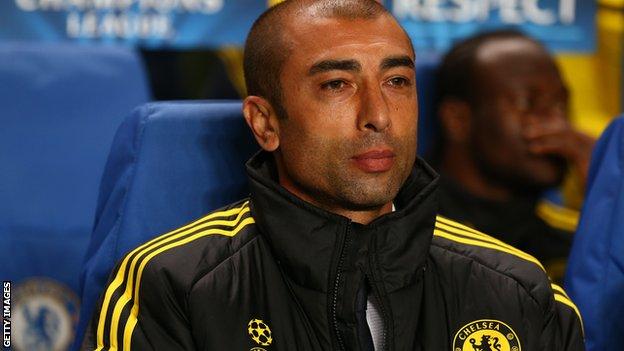 Chelsea will host Manchester United in the pick of the fourth round ties of the Capital One Cup.

The two sides, who have won the competition four times previously, progressed following wins over Wolves and Newcastle respectively.

Holders Liverpool, who host Swansea in a match that will see Reds boss Brendan Rodgers face his former side.

Ties will be played on the week commencing 29 October.

Leeds, who secured a surprise 2-1 win over Everton on Tuesday, face Southampton at Elland Road, while Aston Villa's reward for causing an upset at Premier League champions Manchester City is a trip to Paolo Di Canio's Swindon.

Arsenal, finalists in 2011, head to Reading and Andre Villas-Boas takes his Tottenham side to Norwich in two all-Premier League ties.

"It is a good draw, we're really happy with it," said Royals boss Brian McDermott. "I am sure we'll have a few people at the Madejski Stadium for that.

"We look forward to that but before that we have a big game against Newcastle that we're really looking forward to and tonight's result will be important going into that."

Sunderland's victory over MK Dons has earned them a home fixture against north east rivals Middlesbrough. The two sides met in the fourth round of the FA Cup last year, with Sunderland winning the replay to progress.

Finally, Bradford - the lowest placed side left in the competition - head to Wigan.

Former Swans boss Rodgers expressed his excitement about the draw against his old team.

"The Swansea game will be a special occasion, very much so," said Rodgers.

"It is a wonderful club, a brilliant club, and I was in no rush to leave there. I could only leave there to go to another special club. It will be a great night."

The pairing of Chelsea and Manchester United means the two sides will face each other twice at Stamford Bridge within the space of a few days.

They also meet in the Premier League on Sunday, 28 October, while United host Arsenal at Old Trafford the following Saturday, 3 November.

Capital One Cup fourth round draw: