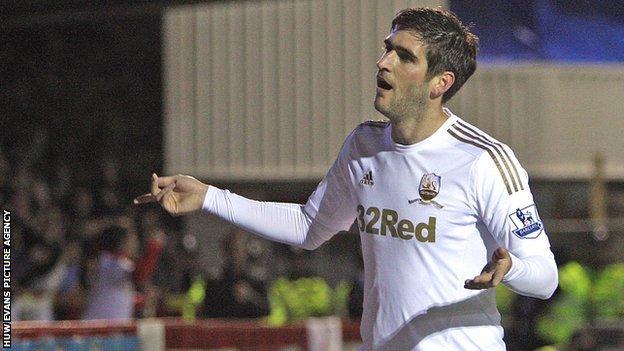 Swansea City will face Premier League rivals Liverpool in the fourth round of the Capital One Cup on Wednesday, 31 October.

It will be the first meeting between the two sides since manager Brendan Rodgers left Swansea for Liverpool.

Swansea came from behind to beat Crawley Town in the previous round thanks to Garry Monk's late header.

Liverpool in their third-round tie, leaving Rodgers to relish what lies ahead.

He said: "[I'm] Really looking forward to it. It'll be a special night, that, because it's two wonderful clubs.

"Swansea is a big part of my life and I was in no rush to leave Swansea… to have a home game against them - and everyone wants a home game in any tournament - but to have it against Swansea will be really special.

"So I look forward to that."

Capital One Cup fourth round draw: