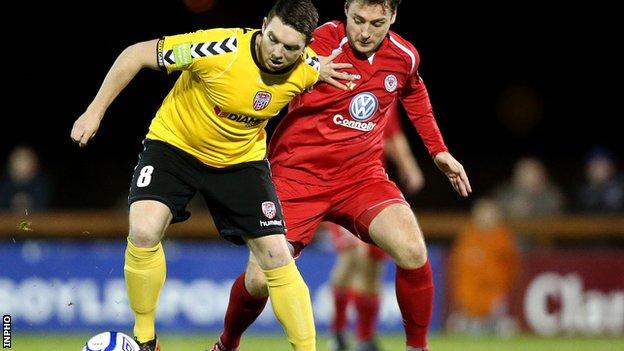 Sligo Rovers are closing in on their first top flight title for 35 years after a comprehensive win over Derry.

Sligo, unbeaten at home, were two up at half-time after a Ryan McBride own goal and a Raffaele Cretaro strike.

Cretaro scored again in the 57th minute before David McDaid got one back for Declan Devine's Derry who have now lost five league matches in a row.

Lee Lynch grabbed Sligo's fourth after pouncing on a mistake at a throw-in by City defender Simon Madden.

Sligo have lost just one game all season - away to UCD - and this latest victory sees them set a club record of 14 games unbeaten in the league.