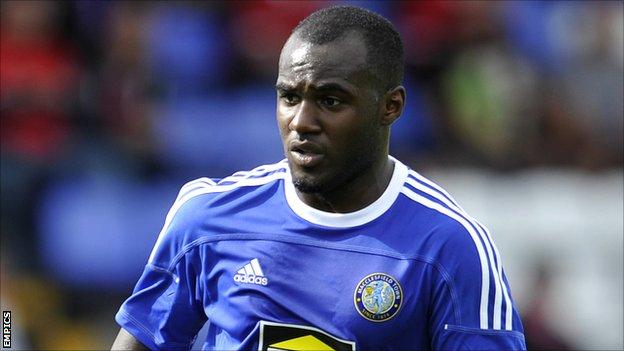 Macclesfield Town have allowed Togo international Euloge Ahodikpe to leave the Moss Rose without him playing a competitive match for the Silkmen.

The 29-year-old joined from French side US Creteil Lucitanos in July.

But after featuring regularly for the Blue Square Bet Premier club in pre-season, he has found first-team opportunities limited.

"He's a great lad and it's a shame to lose him," Macclesfield manager Steve King told the club website.

"He wasn't in the side early in the season and the way we have been playing has made it hard for him to make a breakthrough.

"We've decided that this move is in the best interests of both parties, and he has opted to return to France."