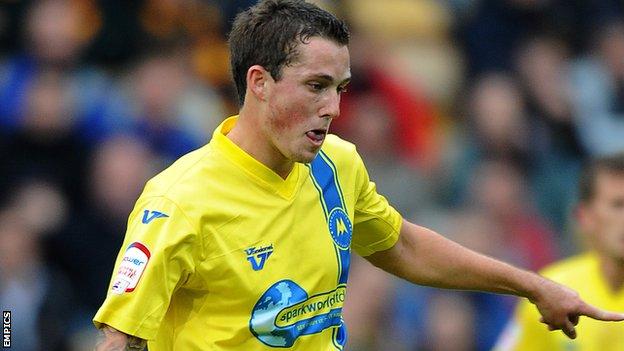 The 22-year-old has been out since hurting his knee in the last month.

"We're hoping to incorporate him in the training sessions next week and then get his level of fitness to where it was," Ling told BBC South West.

"It'll probably take 14 days, but we're quite pleased because we thought at the time it might be a real long-term one."

He added: "But it's turned into a mid-term one and he'll be back with us before the start of the winter."