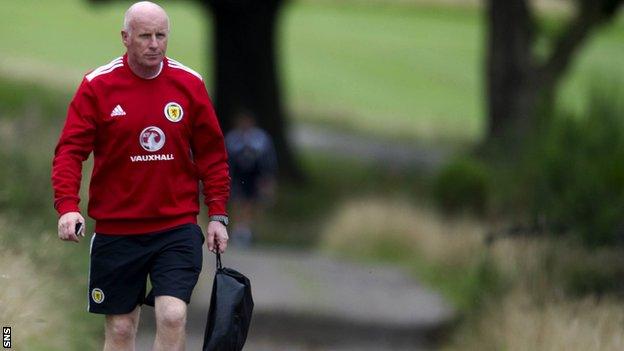 Dundee United manager Peter Houston has revealed he could leave Tannadice at the end of the season.

Houston, who was appointed in May 2010, also assists Scotland manager Craig Levein.

"There is nothing on the table for me," Houston told BBC Scotland.

"A lot of people have been asking me why I haven't signed a new deal: because I haven't been offered one basically."

Houston led United to Scottish Cup success months after taking the Tannadice reins from Levein and kept the club in the top four in his first full season in charge.

"If it's to be the end of May when I move on from here then I'll look back with fond memories," Houston said.

"Who knows what will happen? The chairman (Stephen Thompson) hasn't gone back to John Colquhoun (Houston's agent).

"There might be an offer put on the table for me, I don't know."