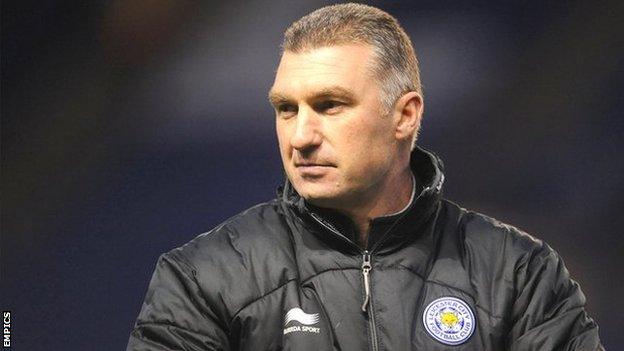 Nigel Pearson has insisted he has heard nothing to suggest his position as Leicester City manager is under threat.

The Foxes have lost all three of their away league matches this season.

And despite winning all four of home games, speculation had been mounting before and after Saturday's win over Hull that Pearson was set to be sacked.

"I don't think there is anything untoward happening, and if there is I don't know anything about it," Pearson told BBC Radio Leicester.

"I am doing my job as I always do my job, and I am enjoying it."

After seven games, City are in eighth place in the Championship table, just one point outside the play-off spots.

"Nothing surprises me in the media," Pearson added. "I just do my job. What other people say, they say. The mood is pretty good."