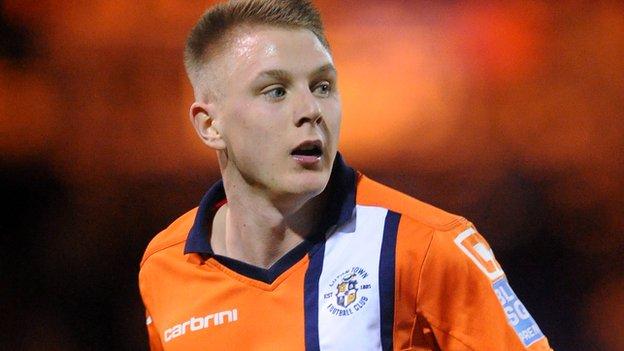 The 21-year-old home-grown product, out of favour at Kenilworth Road this term, looks set to make his debut in Saturday's home game with Macclesfield.

They climbed off the bottom on Tuesday by claiming their first league win of the season - at the 11th attempt.

After drawing their previous five games since the turn of the month, Harriers won 3-1 at Cambridge.