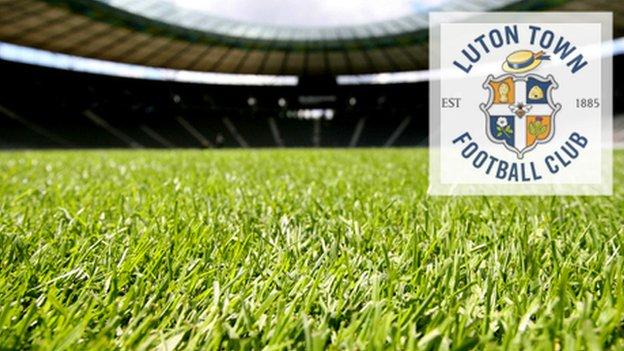 The 24-year-old, who began his career at Bradford City, is Guiseley's captain and has also skippered England C.

"He's got a ruggedness about him that you need. We've targeted the majority of players from a higher level but we're sure Simon can help us."

Buckle continued: "Where centre-halves are concerned, we've seen the number of balls kicked up at us aerially.

"It's a huge part of the game but they're not easy to find - these defenders don't grow on trees but he's very hungry.

"We've done very well with Andre Gray, as an example of taking someone from a lower level, and he's desperate to get back and be in full-time training so it's ideal for him and it's ideal for us for the next month, and we hope it can be longer."

Meanwhile, Luton have loaned midfielder Adam Watkins and defender Greg Taylor to Kidderminster Harriers and Tamworth respectively for a month.