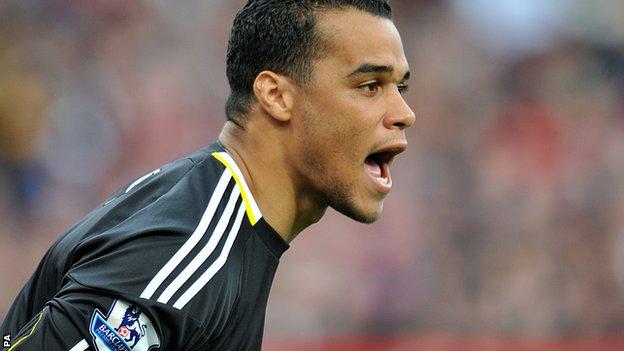 Manager Michael Laudrup has said Michel Vorm's decision to commit long-term to Swansea City is a big boost for the club.

The Dutch goalkeeper has secured his future with Swansea by signing a new four-year contract.

And Laudrup hopes other key players will follow the 28-year-old's lead by signing new deals with the Swans.

"I hope other important players will do like Michel," Laudrup said.

I'm very happy he's [Vorm] continuing with us. It means he believes in this project with this club and let's hope other important players will do the same

"It's important for the team [and] for the club to try and get new deals with the important players.

"Each case is different. I don't think we can go inside the head of the players but I think it [Vorm's signing] gives security for the others.

"Each of them has to renew it on their conditions."

Wales defenders Ashley Williams and Neil Taylor, who has been ruled out for the season with a broken ankle, are also close to agreeing new long-term deals.

Laudrup hopes they will be encouraged by Vorm's decision.

The Netherlands international joined Swansea from Utrecht for £1.5million in August 2011 and played a pivotal role during the club's first season in the Premier League.

"I'm very happy he's continuing with us. It means he believes in this project with this club and let's hope other important players will do the same."

Following their 3-2 win over Crawley in the Capital One Cup in midweek, Swansea return to Premier League action at Stoke City on Saturday.

The Swans will be looking to halt a losing run at the Britannia Stadium following defeats against Aston Villa and Everton.

And Laudrup believes the 3-0 home reverse to Everton will have brought his side back down to earth following the early season optimism generated by wins over QPR and West Ham.

"I think everyone got a little carried away with the way we started the season and forgot we are not competing with Arsenal, Manchester City and Manchester United, we are in another part of the league," he said.

"What has happened after the last defeat is people have put two feet back on the ground and that's good."