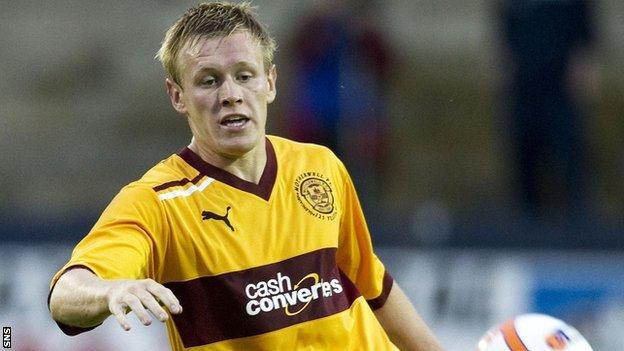 The 22 year-old defender has found himself down the pecking order at 'Well after the arrival of Simon Ramsden from Bradford City.

The emergence of Adam Cummins from the youth set-up has also restricted Page's first-team opportunities.

Hamilton say Englishman Page could feature in the squad for Saturday's Division One match against Dunfermline.

And Page told the Motherwell website: "I am hoping to get at least four or five games in the month period with the aim of trying to get back playing at the level I feel I should be.

"I've played a few games here at Motherwell this season but you can't beat the feeling of playing week in and week out so that's something I am really looking forward to.

"This First Division is a really good league with a number of excellent teams. "