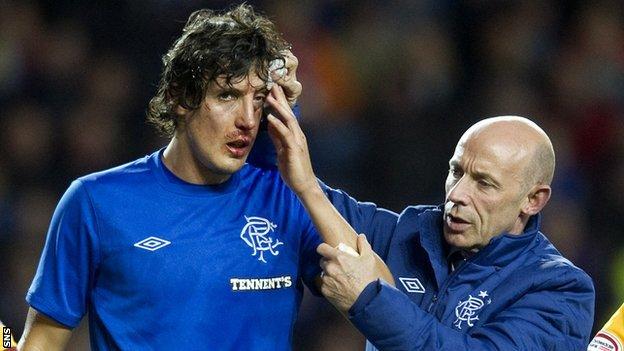 Rangers forward Francisco Sandaza is expected to be out for the remainder of the year after suffering a broken cheekbone against Motherwell.

The 27-year-old was stretchered down the tunnel following an accidental clash of heads with Shaun Hutchinson.

Both players had blood streaming from their wounds but 'Well's Hutchinson was able to continue playing, with

and has scored once so far.

The club said on their website: "Sandaza now faces a lengthy spell on the sidelines and the minimum amount of time such injuries keep a player out is eight weeks.

"More realistically, however, it is anticipated he will miss the rest of the calendar year as he sets out on the long road to recovery."