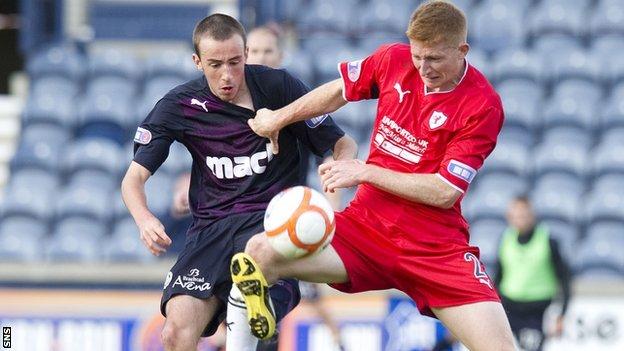 Partick Thistle's Kris Doolan came off the bench to score a stoppage-time equaliser against Raith Rovers and maintain the Jags' unbeaten league run.

Jackie McNamara's side failed to make the most of their early pressure, Paul Paton going closest with a six-yard header.

Stuart Bannigan almost made the breakthrough for the visitors moments before half-time with Rovers goalkeeper David McGurn making a great save to deny the teenage midfielder.

Grant Murray's men improved after the break and only Aaron Muirhead's last-ditch tackle prevented Greig Spence from opening the scoring.

The hosts went ahead 11 minutes later when Spence emphatically fired home after a defensive error.

Visiting goalkeeper Scott Fox then made two fine saves to keep his side in the game before Doolan headed home Muirhead's cross to level in the dying moments of the game.