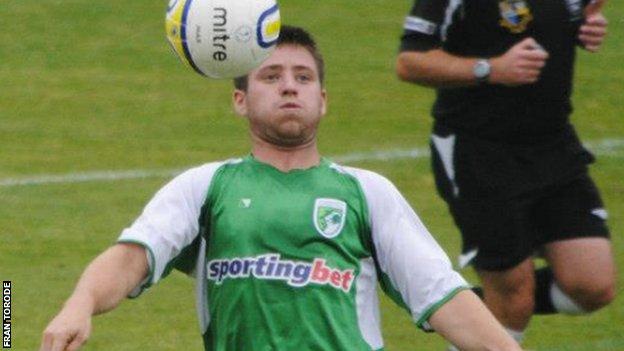 Guernsey FC boss Tony Vance feels his side should have done better in their 4-1 win at 10-man Chessington and Hook United on Saturday.

The hosts had a man sent off in the first half but Vance felt his side did not play well enough against 10 men, as they conceded a goal after the break.

"With them down to 10 men we should have made the second half fairly comfortable," Vance told BBC Guernsey.

Ryan-Zico Black opened the scoring with a penalty and Glyn Dyer made it 2-0 before Chessington had a man sent off.

But the hosts, who were without top-scorer Ross Allen, hit back just after the restart before Matt Loaring and Nigel Hutton scored inside the final five minutes to seal the win which keeps Guernsey top of the Combined Counties Premier League.

"We always had enough to win the game," Vance added.

"It was just a question of getting back onto the ball and doing the right things.

"Fortunately we got a third and that changed things and made it more comfortable."