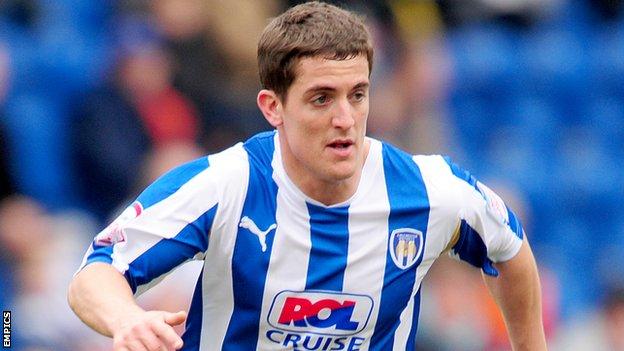 Wigan-born Bond, 26, returns to the club where he began his career, having spent a season in 2005-06 under Dario Gradi at Crewe without playing a game.

"It's a great club to come to, but the main thing is it's a chance to play again," Bond told BBC Radio Stoke.

"It's six years since I left and I did not think I'd come back but you never know what football brings."

But, following Ward's sacking earlier this week, he has been allowed to go out on loan to their League One rivals.

"I left here when I was 20," he added. "And I then had four years at Barrow before John Ward gave me the opportunity back in the Football League.

"And I've loved every minute of it. I hit the ground running at Colchester and got eight goals in my first season.

"But the set-up here has always been great and I'm now just looking for the chance to get going again."