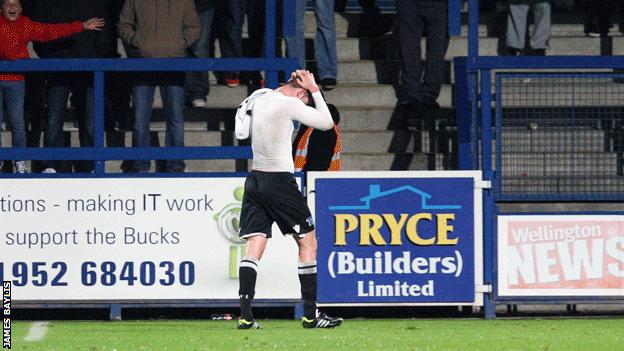 After returning from a six-match ban following an altercation against Luton Town, Preston, 21, got sent off in his comeback in midweek against Newport, to earn a further four-match ban.

"But I've contemplated everything. Every avenue is being explored."

Sinton told BBC Radio Shropshire: "In the cold light of day it would be easy to make an emotional decision and a knee-jerk reaction.

"We're looking at the fors and againsts. We'll probably make a decision after the weekend."

Preston's midweek red card was for a foul on Newport striker Jefferson Louis, just 12 minutes after being booked for a challenge on the same player.

He starts his latest suspension on Saturday when Telford, 13th in the Blue Square Bet Premier, go to Gateshead.