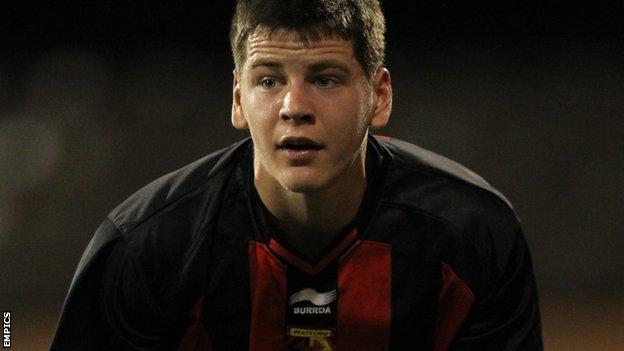 Watford prospect Connor Smith has signed a new contract tying him to the Championship club until 2016.

The 19-year-old Irishman made his first-team debut when he came on as a substitute in last month's 3-2 victory over Crystal Palace.

And the midfielder was given another 10-minute run-out in the 2-1 defeat at Bolton two weekends ago.

"He has a good eye for goal, physically he is very good and technically as well," said manager Gianfranco Zola.

"He is the type of midfielder that can be good at defending and also coming forward so we value him highly."