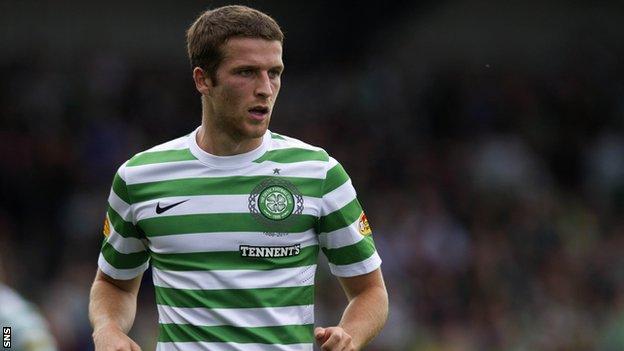 Defender Adam Matthews says he is keen to sign an extended contract to keep him at Celtic.

The Wales international, who signed a four-year deal in 2011, said: "The club is massive, so I am happy to stay.

"The club has been great to me and I really enjoy being here, so if I am offered a new deal I will happily sign it, definitely."

Lennon said on Thursday that he was keen to reward several first-team regulars with new deals.

"The Champions League is one of the main things [that makes the club attractive], obviously, but the fans are brilliant and it is an honour to play in front of them every week so I am happy to stay," said Matthews.

"Every player wants to play in the Champions League but I think even without it Celtic are a massive club, so I am happy here.

"The atmosphere against Benfica [last week] was probably one of the best - alongside an Old Firm game - that I have played in.

"It was great be a part of that so I am looking forward to the rest of the campaign."