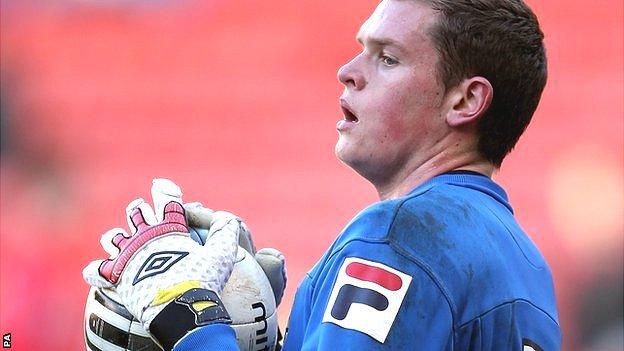 Marriott could be sidelined for up to three months after dislocating his shoulder in training on Wednesday.

The Stags' only back-up option is Shane Redmond, but he is currently struggling with an elbow injury.

Notts youth-team product Mitchell, 20, is likely to make his debut in Saturday's home game against Hereford.

Mitchell has previously been on loan at Tamworth and Lewes but has not played for the first team at Notts.