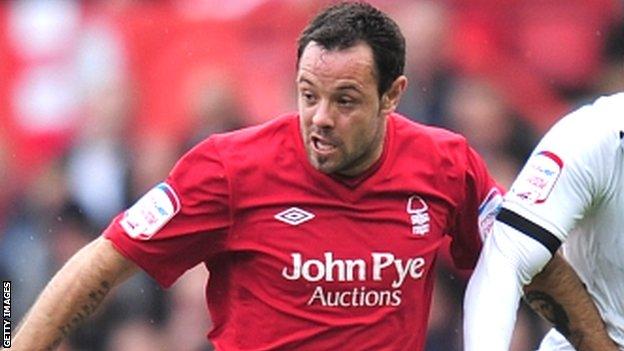 Andy Reid's strike gave Nottingham Forest a first away win and left Peterborough as the only Football League club without a home point.

Both sides had chances in an even first half before Forest keeper Lee Camp saved from Michael Bostwick and Tyrone Barnett early in the second.

Reid then carried the ball forward and fired into the top corner from the left-hand side of the penalty area.

Jermaine Jenas had a strike disallowed and Camp excelled to secure the win.

The result moves Forest up to 12th in the Championship with their third win of the season as Peterborough remain bottom.

Lewis McGugan had three early attempts while Chris Cohen twice failed to get enough on headers to worry Robert Olejnik.

Peterborough eventually built some momentum and Barnett curled wide half-way through the first half.

After the break, Bostwick saw a shot beaten away and from the resulting corner, Camp parried again from Barnett's header.

That brought the home crowd to life but they were silenced when Reid produced a superb drive to open the scoring.

Camp immediately had to preserve Forest's lead from a Barnett volley, before substitute Jenas thought he had scored his first Forest goal in almost 11 years midway through the second half.

But the was denied when it was ruled that Billy Sharp had run the ball out of play in the build up.

Camp pushed a long-range effort wide from Danny Swanson, while a Jenas curler was tipped to safety by Olejnik, who saved Simon Cox's rebound and blocked Sharp's shot in injury time.

"We scored a very good goal. I kept thinking 'don't shoot' as Andy ran forward but he did and it was a great strike.

"Not a lot has gone for us in recent games, so this is a confidence-boosting win."

"Losing that game is a really hard one to swallow because there is no doubt in my mind we deserved something out of it.

"Getting a result would have been the perfect end to what has still been a very good week but it just wasn't to be."