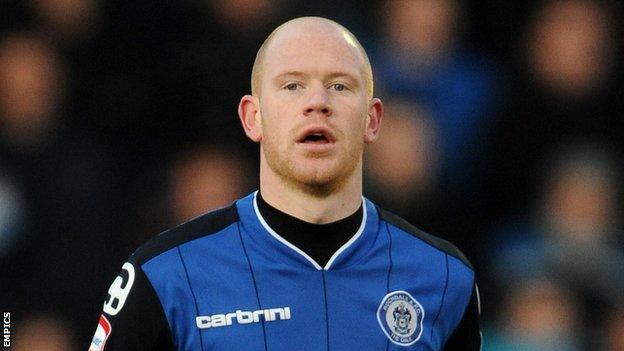 A late Jason Kennedy goal sealed an away win for Rochdale at Accrington.

George Donnelly scored for the visitors in the first minute, picking up a loose ball and firing in from 30 yards.

Ashley Grimes then converted a penalty after Toto Nsiala felled Dele Adebola before Stanley fought back with Piero Mingoia drilling home from 20 yards.

The hosts then equalised when Rommy Boco's long-range effort slipped through Josh Lillis's hands but Kennedy sealed the win with a breakaway finish.

"You can't expect to concede three goals and win games, although we played some very, very good football at times.

"Some of the decision-making was not great, but they're young kids and they have to learn.

"We move on - the whole club doesn't get too down if we lose, or too upbeat if we win.

"We offered a lot of threat all over the park and Rochdale will go off wondering how they won the game, but credit to them for that. It was a fantastic game for the neutrals."