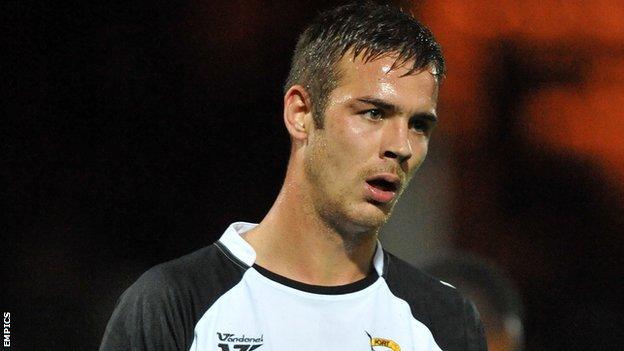 Steve Tully went close to levelling for Exeter in the second half when he headed against the crossbar.

But League Two top scorer Pope secured Vale's fifth straight away win when he nodded in Ashley Vincent's 62nd minute cross for his 11th goal of the season.

Vale were handicapped by the loss of skipper Doug Loft, who limped off six minutes into the second half.

"I think they are the most effective team we've played so far and it just shows we're just short at the moment.

"It's a quarter of the season gone now, which is a very good opportunity to assess our performance, and we've not been effective enough at home.

"You look at the games and you assess them. We'll work out our way to improve and that's what we'll do."