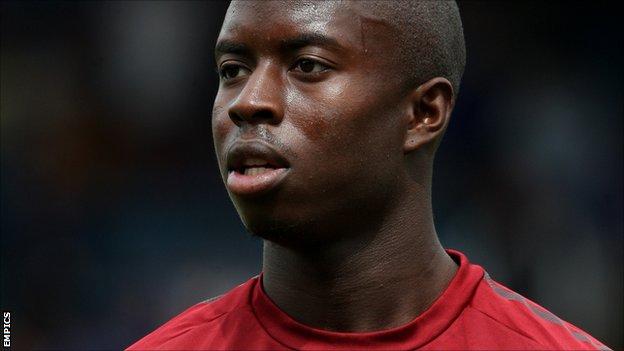 The 22-year-old left the Eagles in August after 25 Championship appearances in which he scored twice.

"There has been a lot of pressure on the wingers that we have at the club and Kieron comes in with a fire in his belly and to prove a point."

Born in Tooting, the Palace academy graduate also spent time on loan at Burton and Rotherham before his departure from Selhurst Park in the summer.