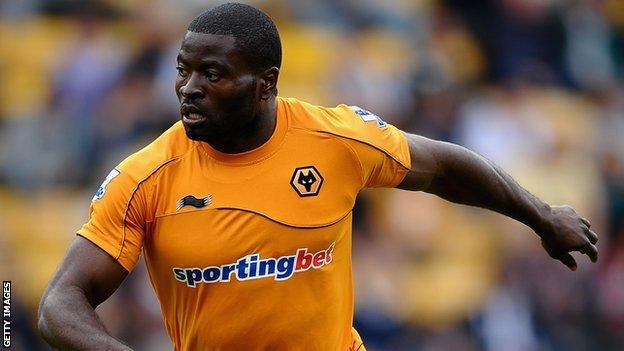 Wolves defender George Elokobi has been ruled out for the rest of the season after suffering a serious ankle injury on his loan debut for Bristol City.

Elokobi, who arrived at Ashton Gate on a three-month deal this week, fractured and dislocated his ankle in the first half of their 3-2 defeat by Leeds.

The club have confirmed he will undergo surgery immediately.

"It's a horrendous injury and he won't play again this season," said manager Derek McInnes.