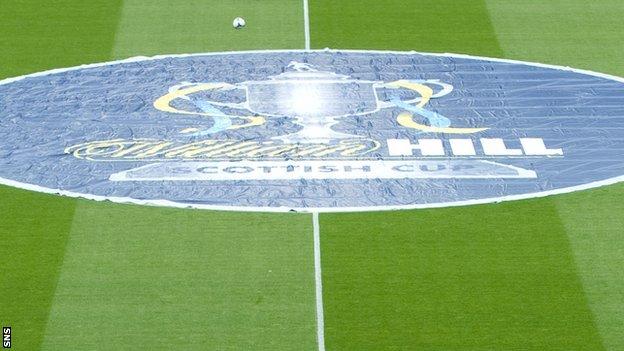 Montrose lost 3-1 at home to East of Scotland side Edinburgh City, while Highland League outfit Deveronvale won 3-2 at home to Peterhead.

Highland League leaders Nairn County were denied taking the scalp of Third Division Clyde when Stefan McCluskey snatched the home side a 3-3 result.

Inverurie made it into the third round by getting the best of Huntly in a seven-goal cracker, Stuart Mackay scoring the 80th-minute winner.

Berwick Rangers were 1-0 victors over Wick Academy, Stirling Albion routed Dalbeattie Star 5-0 and Queen's Park's season continues to bring joy to Spiders fans - they had a 3-0 win over Ayrshire side Irvine Meadow.

Buckie Thistle and Annan Athletic fought out a goalless stalemate and there will be another replay at Vale of Leithen after they drew 1-1 at Selkirk.