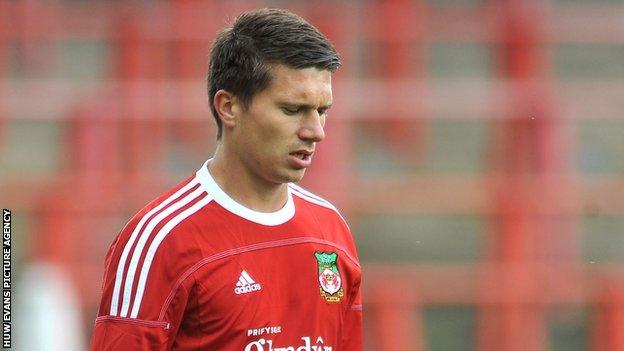 Cieslewicz put the hosts ahead when he struck from the edge of the penalty area and found the top left corner.

And he doubled his tally from inside the box, before the visitors were reduced to 10 men when Reece Styche picked up a second yellow card.

James Norwood hit back from just outside the box, but the hosts held out to help Newport take over at the top.

"But by the end we conceded a sloppy goal and then we were under it for the last five.

"We saw it out and I'm please because they're a good team - they're going to be there or thereabouts so three points is very worthy on our points tally.

"We were solid, we weren't spectacular, but we were solid and professional with it and scored at the right times."

"Overall, I've got to look at our performance and we didn't deserve to win.

"I'm really proud that we've gone 2-0 down and they've got an extra man, we haven't rolled over and we had a right go at the end.

"It convinces me more than ever if we can catch our form in more games that we've got a good chance with this league."