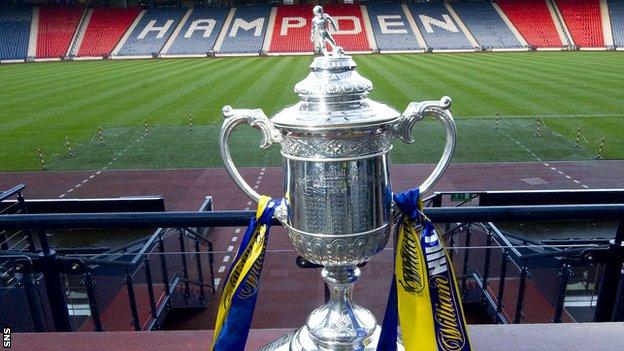 Rangers have been drawn to face Alloa Athletic at Ibrox in the third round of the Scottish Cup.

Ally McCoist's side booked their place in the third round with a 1-0 victory at Highland League champions Forres Mechanics.

Ayr United have been drawn to face Clachnacuddin and Stranraer take on Queen's Park.

Paul Hartley's side won the Third Division title last season and sit in fourth spot in Division Two, nine points behind leaders Queen of the South.

Managerless Brechin City, who parted company with Jim Weir at the weekend, have a home tie against Junior club Bonnyrigg Rose.

"Rangers are still a team full of internationals, so there is no pressure on us and we will try to be positive."

Ties to be played on 3 November.