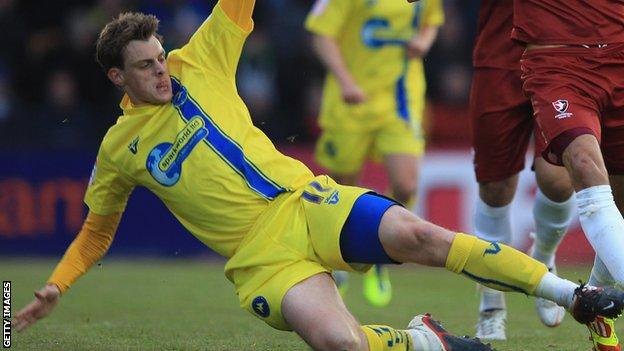 Torquay United manager Martin Ling says he could venture into the loan market as he battles injuries in his midfield.

and Saul Halpin are also out while Nathan Craig is still trying to shake off an ankle problem.

"We'll go with what we've got on Tuesday and then assess it from there," Ling told BBC Radio Devon.

Tom Cruise deputised for Easton on Saturday and Ling says he may be forced to deploy the defender into the holding midfield role against Aldershot on Tuesday.

"I'll have an assessment on it on Monday," he said.

"It's starting to take its toll, but Tom Cruise went in there and did OK and good footballers can play anywhere."