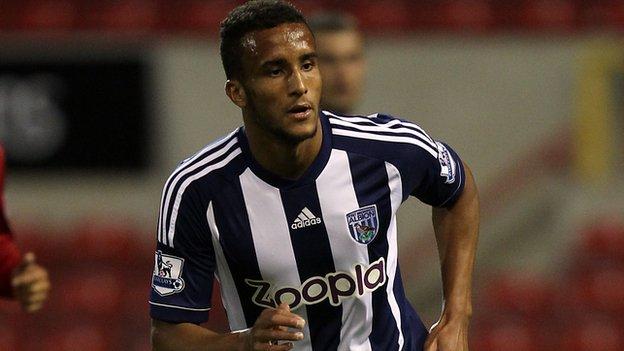 The 20-year-old right-back will be included in Blues' squad for Tuesday night's Championship game at Cardiff.

Lee Clark's side moved up to 14th in the Championship table thanks to Saturday evening's 1-0 win at leaders Brighton.

England youth international Hurst came through the ranks at Albion before joining Portsmouth, then in the Premier League, in 2008.

After a loan spell with Icelandic outfit IBV, he left Pompey to rejoin the Baggies in the summer of 2010.

Sutton Coldfield-born Hurst has since been out on loan at Blackpool, Shrewsbury Town and Chesterfield, and helped the latter win the Johnstone's Paint Trophy at Wembley in March.

Meanwhile, Blues had powerful French midfielder Bilel Mohsni on duty as one of their permitted over-age players in their Under-21 side's 1-0 defeat by Wigan Athletic on Monday.

After two impressive seasons in League Two with Southend United, scoring 18 goals in 54 games, Mohsni, 25, has been actively seeking a new club after refusing to return to Roots Hall and spent time on trial at Celtic, West Ham and Ipswich Town this summer.