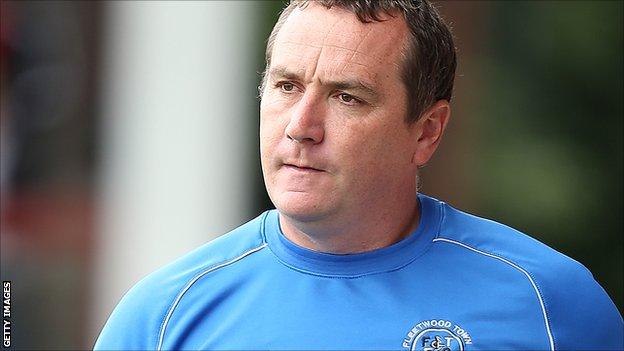 Micky Mellon has said he trusts every player in his squad to play a significant role for Football League newcomers Fleetwood Town this season.

Jon Parkin, Steven Gillespie and Barry Nicholson were all named as substitutes for the

And manager Mellon told BBC Radio Lancashire he has not had to deal with any player complaining to him about a lack of first-team action.

"It helps if you're winning because nobody's knocking on my door," he said.

"When I sat everyone down at the start of the season, they knew how I wanted to manage and they know I trust them to put in a performance for us.

The Cod Army, winners of the Blue Square Bet Premier last season, have made a flying start to the campaign, winning five of their first nine league matches to lie third in League Two.

"It [League Two] is miles better than the Conference," added Mellon. "You have to work much harder for your victories. You never get handed a victory. It's been a real step up."