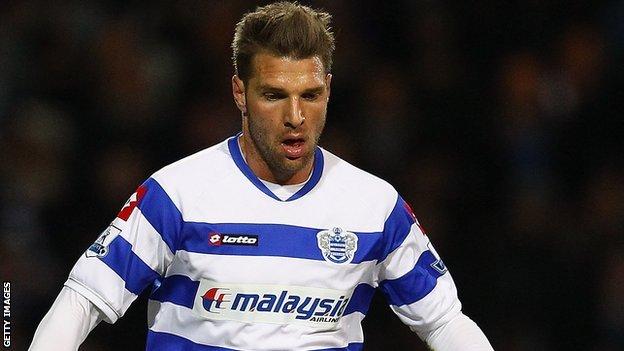 The 30-year-old made 18 Premier League appearances for QPR last season and came to English football in 2005 when signing for Plymouth from Porto.

He left QPR in July and was wanted by Nottingham Forest and Bristol City.

Appleton told BBC Radio Solent: "He is a midfield player with bags of ability, he has got a good first touch and his passing is very good.

"It's quite a coup, I know his agent quite well and he was keen to come and play for the football club.

"We are now up to our 20 player limit as we are in administration which is annoying because there are other players like Akos Buzsaky who want to sign for the club."