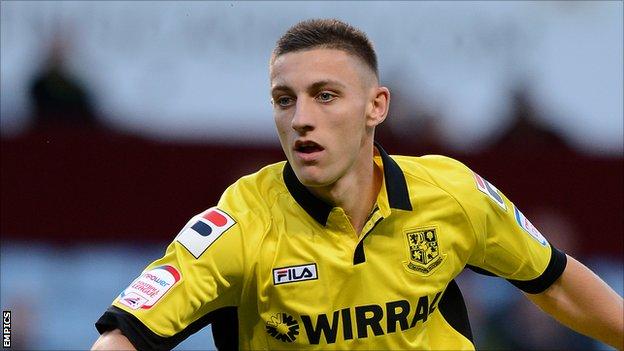 Jake Cassidy is hopeful that parent club Wolves are taking notice of his goalscoring exploits during his loan spell with League One leaders Tranmere.

The Welsh teenager has already scored seven times for Rovers this season.

"I'd like to think they're keeping an eye on my progress but they've got a task to do themselves," striker Cassidy told BBC Radio Merseyside.

"They've got a good squad there, they're fighting for promotion and I think they'll get that this season."

The 19-year-old, who has been capped by Wales at Under-21 level, joined Wolves from Airbus in August 2010 but is yet to appear at first-team level for the Championship club.

A loan spell at Prenton Park at the tail end of last season yielded five goals in 10 games, and he has continued that scoring form in 2012-13.

"It was nice to get the opportunity from Wolves to come here," added Cassidy. "I took it with both hands and I'm hoping to do the same again this season.

"I'm just doing my own thing and improving with every game. My progress is coming along well and scoring seven goals is a bonus."

Tranmere missed the opportunity to go five points clear at the top of League One on Saturday, conceding a 95th-minute equaliser to draw 1-1 with Brentford on Saturday.