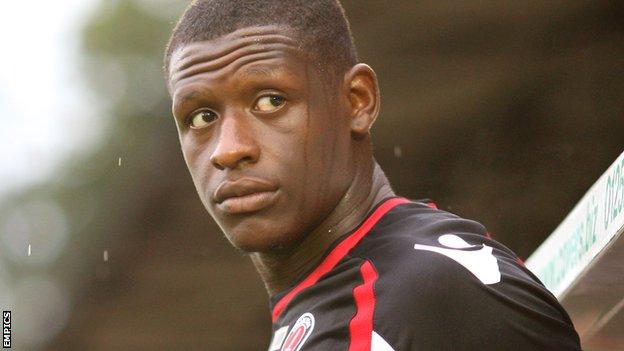 The 20-year-old has been brought in after injuries to Dons defenders Dale Bennett, Pim Balkestein and Mat Mitchel-King.

Caretaker manager Simon Bassey told the club website: "Yado will bring a good physical presence to us at the back and he is quick and can head a ball."

The centre-back will go into the squad for Tuesday's match at Oxford United.

Yado, who is yet to make an appearance for Charlton, spent time on loan at Ebbsfleet last season where he played 24 times.