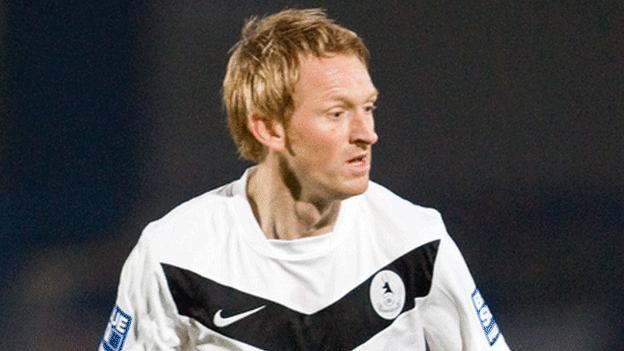 Despite coming close through Ryan Hayes, the Darts fell behind when Jones burst through on goal and drilled home.

Jones grabbed his second when he curled in from 25 yards out, before Luke Hubbins tucked away his first goal for the Bucks to make it 3-0.

Phil Trainer struck their fourth from 30 yards out, before Elliot Bradbrook nodded a consolation for the hosts.

Captain Bradbrook did have an earlier chance for Dartford, but headed over the bar when unmarked in the area.

Despite their heavy defeat, the Kent side remain in the Blue Square Bet Premier play-off places, while Telford move into eighth place following victory.

"We haven't punished them in the first 20 minutes, we made two mistakes and got punished severely.

"I don't think we've played that badly. That's what this league is about, you'll play well and you'll lose.

"I can't say that they were tearing us apart. It'll give us a reality check but we have to move on.

"I felt we played our normal game and if we'd have scored first, I'm not sure what might have happened."