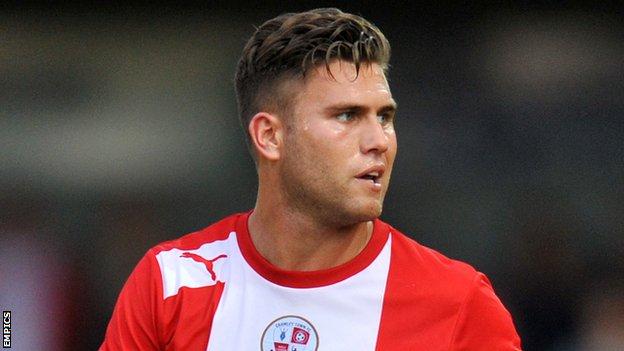 Alfreton's six-match unbeaten run in the Blue Square Bet Premier came to an end as they lost at home to Grimsby.

Scott Neilson, on loan from Crawley, put the Mariners ahead with an early strike from the edge of the area.

The hosts almost drew level immediately, but Anthony Wilson headed over the bar from close range.

And despite pressing for the equaliser, the Reds succumbed to defeat when Ross Hannah turned home Craig Disley's delivery late on for the visitors.

"We have come up against a good side and the players have given it their best shot, I can't fault them for their effort.

"I thought the first half was even stevens, but when you get £1000-a-week players, that's what they do. That's what Nielson has done first half. There is nothing in the game, the only difference between the two teams is that goal.

"We have had ample chances in the first half but not only do we not get the goal, we can't get the shot off. We have dominated the game in the second half. It is one-way traffic. Paul Clayton's [untaken chance] is the defining matter in the game.

"He is through on the keeper, but he tries to place it instead of just burying the ball. If we get that goal, we go on and win it."

"I think after Saturday [defeat at home by Dartford] we were obviously disappointed.

"We know that we weren't going to get too down, not until we had seen how we would play tonight. Credit to the players, we were disappointed, but tonight we are extremely proud.

"I think it's a team performance tonight where everyone can go home and be proud of the work they put in."