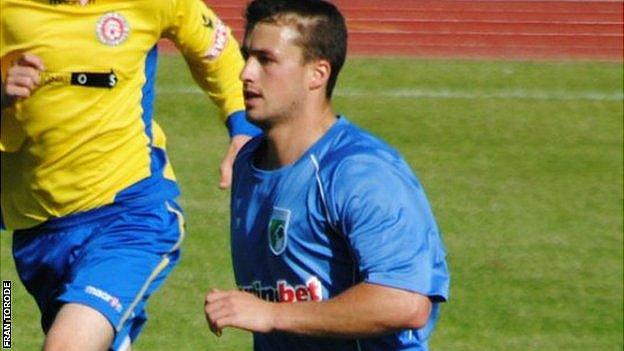 Guernsey FC boss Tony Vance has praised the efforts of striker Nigel Hutton after the 22-year-old got his first goal for the club.

"It was deserved for him, he's been hanging in there and trying to get some rewards," Vance told BBC Guernsey.

"He knows his chances are going to be limited, but he's going to try and force his way through."

Hutton took his chance on Saturday as he came off the bench to make his second first-team appearance with top-scorer Ross Allen off the island.

"Fair play to him, he's working very hard, it's a tough squad to break into," Vance added.

"He's had a couple of chances recently, got himself some pitch time, and got himself a goal which is great.

"It's good to see that he can go in now and try and push the others."