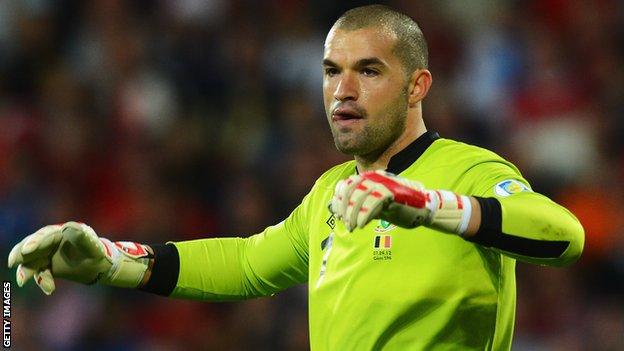 Boaz Myhill has been ruled out of Wales' World Cup qualifiers with Scotland and Croatia.

The 29-year-old has had minor surgery on a thumb injury and will not be fit to face the Scots at home on 12 October or Croatia away four days later.

Hennessey, who has established himself as the first-choice between the posts for Wales, has been sidelined since rupturing his knee ligament in April.

The Wolves keeper had been given the all clear to step up his rehabilitation, but the Wales double-header now appears too soon for his return.

Myhill has played just once for West Bromwich Albion this season, conceding two goals against League One side Yeovil Town in a Capital One Cup win at the end of August.

His only other games have been the 2-0 loss to Belgium and the 6-1 humiliation to Serbia with Wales.

Manager Chris Coleman has also used Jason Brown and Lewis Price since taking over in January, but neither have played regularly for their clubs.

Brown has yet to play this season for Aberdeen, while Price has been limited to four games for Crystal Palace since his last appearance for Wales in February.

Only Tranmere Rovers stopper Owain Fôn Williams has been playing regularly this season, helping his club to the top of League One with five clean sheets in nine games.

Williams, who was not selected in the squad for Wales' first two World Cup qualifiers in September, hopes his fine form will lead to a first cap.

"I can only hope the call will come soon, but who knows what will happen?" he said.

Coleman, who has lost every game in charge, will name his squad on Friday for the next qualifiers.

Scotland have welcomed back Darren Fletcher and Stephen Fletcher to their squad, with Cardiff City goalkeeper David Marshall also included.