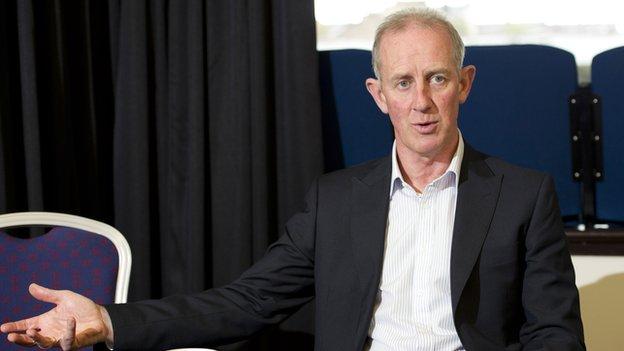 Scotland under-21 manager Billy Stark has called up Hearts forward David Smith and Livingston's Stefan Scougall to his squad for the Marbella Cup.

Scotland face USA on Friday before playing Canada on Monday.

Stark had already reshaped his Scotland Under-21 squad as he builds towards next year's 2015 Uefa European Championship qualifiers.

Key men Gary Mackay-Steven and Johnny Russell are now too old for Stark's squad, which features players born on or after 1 January 1992.

We've got fresh ones to come in and reinvigorate the squad

There are eight potential new caps for the friendies against the United States and Canada.

Stark's side just missed out on a play-off place for the 2013 Euro finals.

Last month, with second place secured in their qualification group for the Israel finals, , ending their hopes of a double header play-off.

"It is a wee bit sad, but that's the business we are in," Stark said of those players who no longer qualify for selection.

"It's difficult, especially with ones who have done you a real turn and have done really well for you.

"I've spoken to one or two since the Austria game just to thank them again.

"It's the under-21s and they obviously get too old at a certain point. But you get real satisfaction from seeing them progress."

Both matches against the North American sides will take place at the Marbella Football Center in Spain.

Wigan's Fraser Fyvie will be given a chance to make his debut, as will Hearts pair Jason Holt and Dale Carrick.

"We certainly can't do anything other than benefit from seeing them together as a group and starting to build towards the future.

"We're talking 10 months before we play the first competitive game.

"That's why these ones, and then Portugal in November, are really important for us."