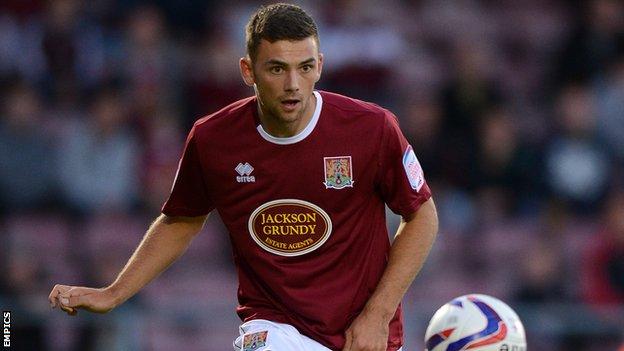 The 20-year-old has helped the Cobblers keep four clean sheets in his seven appearances since joining in August.

He was sent off for two bookable offences in last month's League Two defeat at Fleetwood.

But he has returned to feature in Northampton's two most recent outings and boss Aidy Boothroyd had been keen to extend his stay.