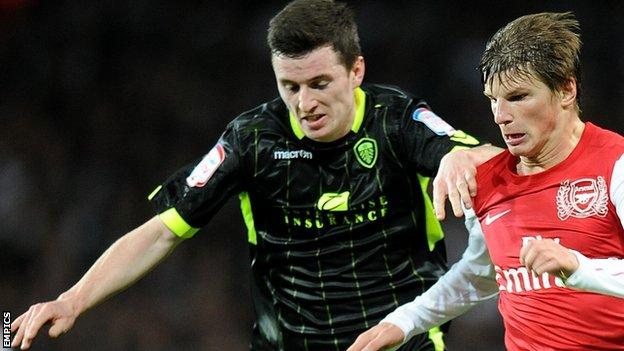 The 19-year-old made 10 appearances for the Elland Road side last season after making his debut in the 4-1 win over Hull in August 2011.

Boss Neil Warnock told the club website: "He is a young lad who will have to go out on loan and see how the real world is.

"He got a taste of first-team football at the end of the season and we have got every faith in him."

Thompson's only appearance so far this season came in the 3-0 Capital One Cup win over Oxford in August.