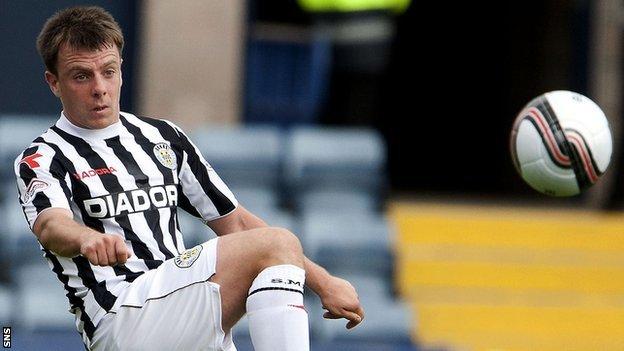 St Mirren playmaker Paul McGowan is to have an operation on his injured shoulder on Monday, his manager Danny Lennon has confirmed to BBC Scotland.

Lennon predicted that the recovery period "will keep him out for the best part of three months".

McGowan, 24, has played nine times for the Buddies this season, scoring twice.

"There is a hole to be filled and my challenge is for these players who play that type of position to grasp it with both hands," the manager added.

"Paul is a player who has shown consistent form since last season.

"But we are not a one-man band; we have good quality throughout and I ask the lads to step up to the mark."

Lennon told the St Mirren website earlier this week: "His shoulder has been bothering him for a wee while and he got a dunt on it in the cup tie against Hamilton which flared it up, so it has got to the point that he can't go on with it as it is.

"Losing a quality player like Paul for that length of time is a hard loss for us."