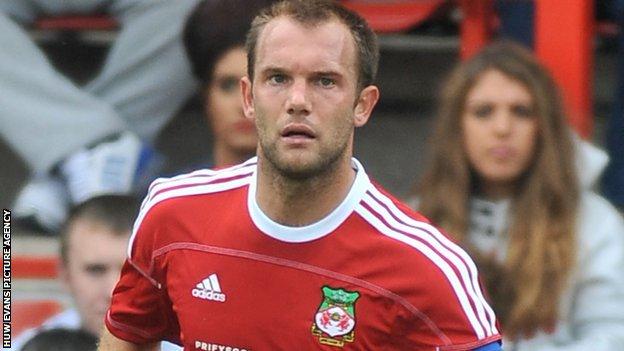 Neil Ashton scored twice from the spot before being sent-off as Wrexham came from behind to beat Stockport.

Wrexham levelled when Craig Hobson headed into his own net from a corner before Ashton's penalty put them ahead.

Ashton added a second penalty but he was shown a second yellow card for celebrating before Hattersley scored his second.

Andy Morrell's side are now unbeaten in 12 games and are up to second in the Blue Square Bet Premier, three points behind leaders Newport County.

Wrexham player-manager Andy Morrell told BBC Radio Wales: "I said before we went out, however we played, it was the three points that mattered and we've managed to be able to come away with it.

"They caused us a lot of problems especially the first 20 minutes but then we got a grip of the game. I'm delighted. The lads dug in with 10 men. The three points is all that matters