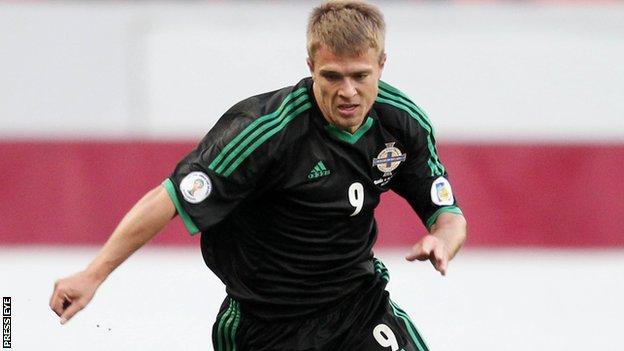 Northern Ireland are likely to be without Derby County striker Jamie Ward for the World Cup qualifier against Portugal later this month.

Ward has a torn hamstring and Derby manager Nigel Clough told the club's website that the striker will be out for a couple of weeks.

"He has an outside chance of being available for the Blackburn game on 20 October," said Clough.

Ward started in the opening 2-0 defeat by Russia and then came on as a second-half substitute in the 1-1 home draw against Luxembourg.

Rangers pair Dean Shiels and Andrew Little are expected to be available as they are reported to be recovering well from injuries.