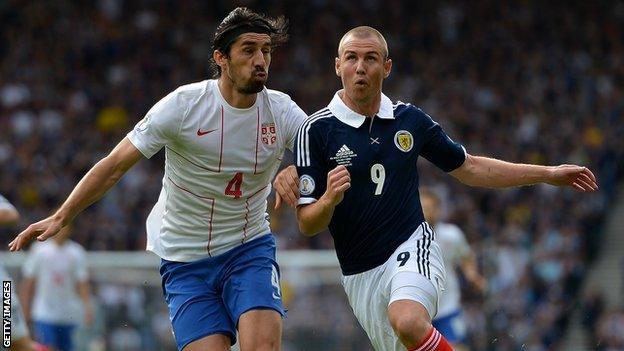 Scotland have fallen nine places to 56th in the latest Fifa world rankings after a stuttering start to World Cup qualification for Craig Levein's side.

Serbia and Macedonia both left Hampden with draws last month, leaving the Scots fourth in Group A.

Wales, Scotland's next opponents in the 2014 World Cup qualifiers, have dropped 12 places to 57.

The Welsh suffered two defeats in their opening fixtures, losing 2-0 to Belgium and 6-1 in Serbia.

Scotland's worst-ever position came when they dropped to 86th in March 2005, below Burkina Faso.

In October 2007, then managed by Alex McLeish, Scotland achieved their highest ranking of 13.

England drop two places from third to fifth, while Northern Ireland have risen 12 places to 117 with the Republic of Ireland in 28th place, down two positions.