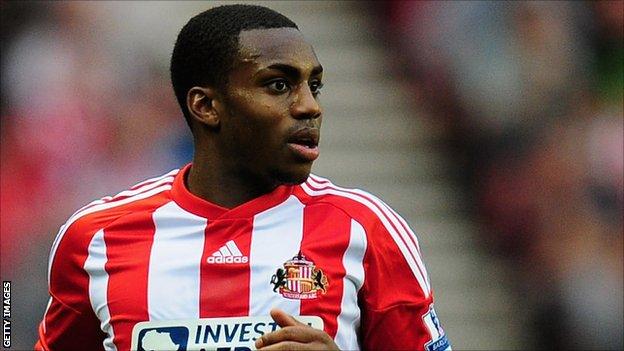 Tottenham defender Danny Rose says he has started to settle at Sunderland following his season-long loan switch to the Stadium of Light.

The 22-year-old moved to Wearside on transfer deadline day and has since made four starts for the Black Cats.

Rose was one of four arrivals at Sunderland during August, along with Steven Fletcher, Louis Saha and Adam Johnson.

Fletcher, 25, has had the biggest impact since his £12m move from Wolves, with five goals in five games.

"There's new faces, Fletcher has been unbelievable, myself and as soon as we get Adam Johnson match fit I can see him being great for Sunderland," added Rose.

"We're still growing, everyone is still getting fitter and we'll see where it takes us in a few weeks."

Doncaster-born Rose began his career at Leeds as a trainee but joined Spurs for £100,000 without making an appearance in July 2007.

The utility player, called up to the Great Britain squad during the London 2012 Olympics, has made 29 appearances for his parent club, scoring one goal as Spurs won 2-1 against rivals Arsenal in April 2010.